“How much time is left?“  – “Two hours and 15 minutes.“ Then behind me somebody, or actually a small group of people, stand up and push their way towards the exit, trying pointlessly not to attract attention. Some person is laughing. And yet another. I would like to exhale very loudly to show that I am annoyed, I guess; but still I feel kind of a slight dragging pain somewhere within my stomach, evidencing a certain amusement.

Well. Visiting the theatre together with the class always is something great. Some pupils look forward to it, which means they go there voluntarily; others are not in the mood, actually, but for some reason that is invisible to me – possibly something like peer pressure – list themselves nevertheless. The further development depends on the play: Whether you can rather laugh a lot or less, whether you do understand its content, whether you understand the English language used there in general. In case there are any deficits concerning this, all the other little distracting influences will be noticed even more fussily: Why am I sitting next to this one of all people? Why does the one who is sitting in front of me have to be so tall? I should rather have gone to the toilet before… And I need to finish that curve sketching, too… – Such things might disturb your concentration from time to time.

And what if the play is good? Mmh. In this case you are glued to the stage, trying to dive into the story line, hanging on the actors’ lips to catch every single word, making an effort to understand all of the vocabulary and to memorize the ones that you are not familiar with so as to look them up in your dictionary later at home. Nice intention, which I have never put into action, though. Furthermore, good is just highly subjective. Although I am of the opinion that Death of a Salesman definitely deserves this attribute.

In summary, the story is about the businessman Willy Loman who infected with the idea of the American Dream – just like many of the people of those days -, leaves his homeland to be successful in a foreign place. But he is unable to make his idea of his new life and himself come true; so finally he becomes a broken man and destroys his family.

Arthur Miller wrote a really magnificent play, which has been staged just as outstandingly. In the form of certain sequences, in which the characters concerned were wearing masks, former incidents or pure illusions emanated from Willy’s head were depicted. At the beginning, it was not easy to understand this kind of staging and to follow the story seamlessly. You had to be concentrated in order to not to miss an important detail. However, the language of the play could be understood very well and – which might be the most important fact – the actors’ performances were absolutely impressive. The scene that touched me the most was the one in which Willy Loman and his son Biff are loudly arguing; they are disappointed in each other because they could not live up to the other one’s – or their own – expectations. If you thought until then both Willy and Biff did not feel anything but contemptuousness for each other, now you can clearly see despair and fear of what their dream has made of them and of the future. Later, some pupils said that they would rather have wanted to cry together with these two characters.

To conclude; relating to the portrayal of the story itself some spectators could have felt as if the play’s power was missing. The actual plot could be transmitted less by the actions on stage, but more by the partly very long dialogues. But if you managed to follow them attentively, you found yourself in a tragic, profound and very intense story of an – actually – ordinary human’s life. 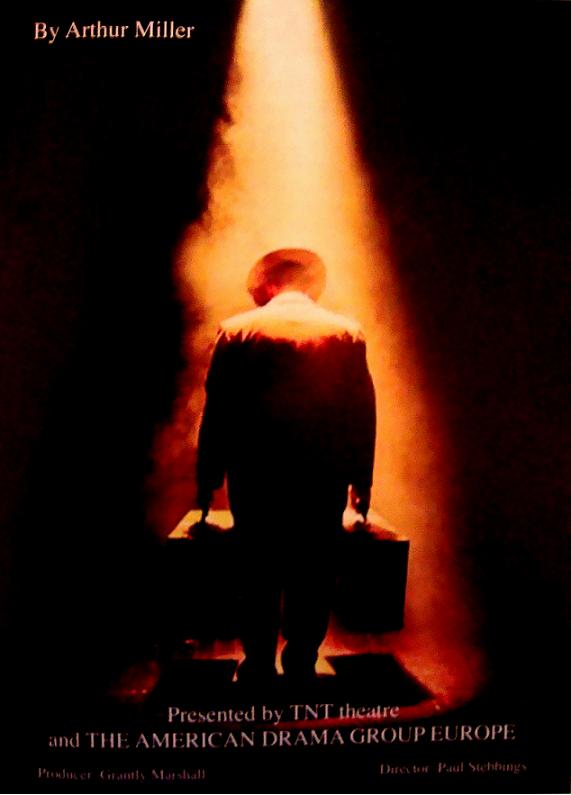